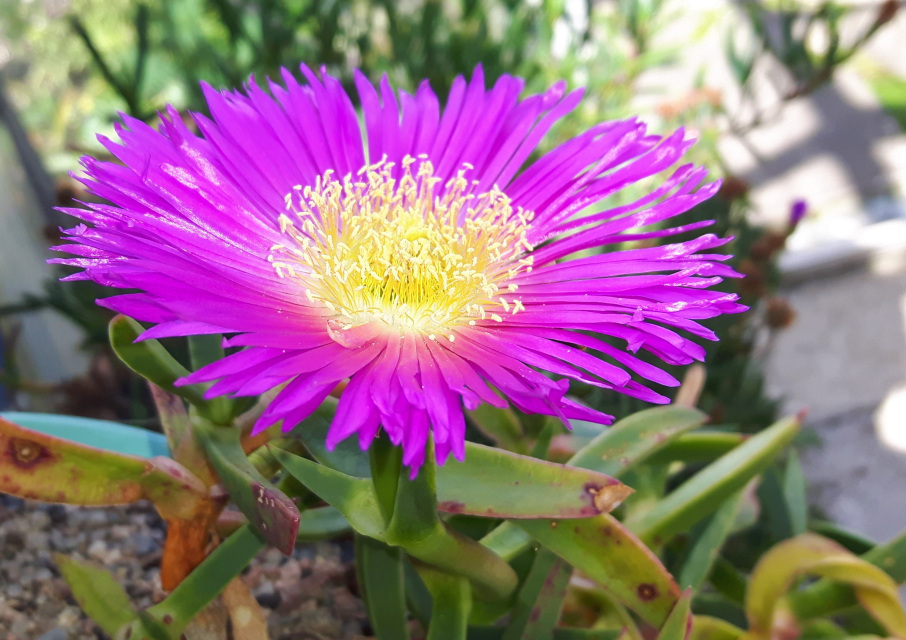 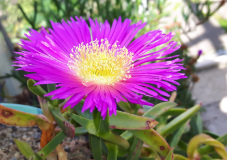 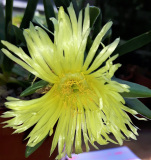 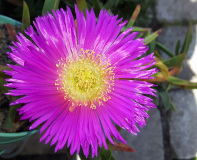 These plant are often seen trailing down cliff faces particularly near lands end. They are salt tolerant, wind tolerant, drought tolerant and easy to grow.

The hold lush blue green fleshy leaves on strings that ramble and trail and look fantastic in baskets and containers but also beds and borders and banks. They are semi evergreen so will die back slightly in winter whilst retaining a few leaves.

The flowers open in summer and resemble a giant mezembryanthemum they are typically a cerise pink with yellow centre but do come also in pale yellow and white. The flowers open with the daylight and close at night. They span approximately 6cm in diameter and are not to be missed. The fruit is also said to be edible which is what gives them their common hot n tot fig name.

Very easy to grow and a fantastic unusual plant that is rarely found for sale.

Comes in a 9cm pot can be pot grown or planting out and kept indoors or out. Best in full sun in free draining soil.

The plants are salt, wind, drought and poor soil tolerant. They are hardy to light but not heavy frosts. If in a frost area protect in winter. Personally we overwinter in glasshouses kept above 1 degree C. They could also be brought indoors or fleeced during cold spells.