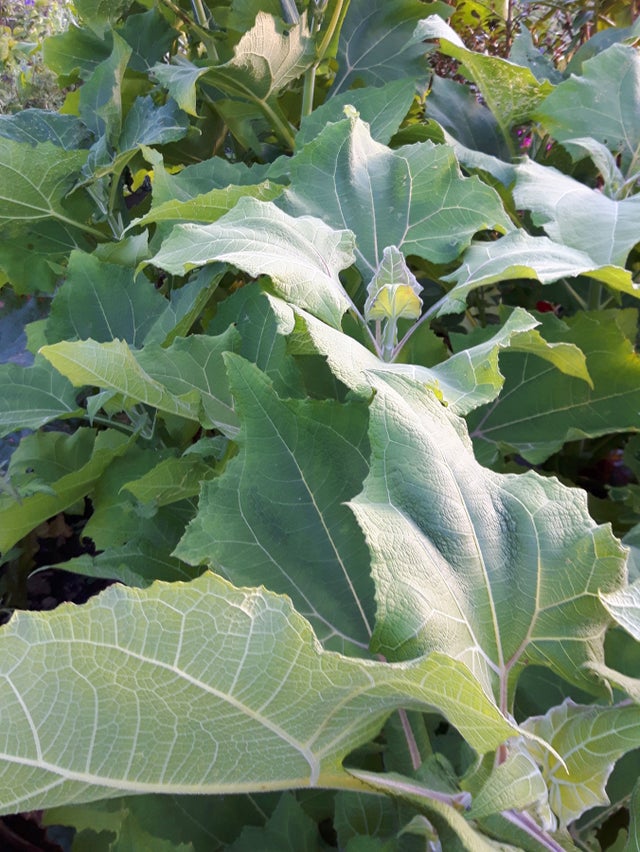 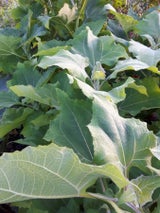 The come as healthy plants in 9cm pots. Shipped in spring ready to plant out.

Yacon is an interesting tuber with the texture of water chestnuts and a sweet taste. Yacon is deliciously juicy, especially when freshly lifted and eaten raw.

The tuber looks like a sweet potato but has pure white flesh. The liquid is so sweet it can be made into a substitute for sweetener. And the best thing about the syrup, is that it’s virtually calorie-free! Yacon contains an indigestible sugar called inulin which means that Yacon – the tubers AND the sweetening syrup – are suitable for diabetics.

The plants grow from spring through till the frosts, they make a good sized plant in optimal conditions these can reach around 1m tall and wide. The leaves can be picked and made into a tea.

After the plants are frosted the tubers can be lifted by digging up the plant, the large tubers are those you eat and the smaller ones are 'tips' these can be potted on for plants next year.

Now we are into spring i have a limited number of plants for sale ready to plant as soon as the frosts in your area have passed. Allow up to 1m tall and 60cm wide. The leaves can be used while growing. Then harvest the tubers after the plants have been frosted.

The tips should be planted in free draining compost in pots under cover (a frost free greenhouse or cold frame works well). and kept on the dry side until shoots show. once the leaves emerge watering can be increased but err on the side of caution as they can rot during colder damper days. They are drought tolerant and can recover from quite a strong wilt if forgotten. Plant these out in full sun once all risk of frost has past. water in well. Once established they look after themselves. If unable to keep frost free store the tubers dry until conditions improve then pot up. stored tubers will shrivel this is nothing to worry about as they plump up once planted.

Tubers can be eaten raw or cooked in pretty much any fashion you can think of. They can be part used and the rest stored, any cuts turn black, this is nothing to worry about its just the tuber sealing itself. I keep mine in with my spuds, they can also be kept in cool dry sheds or outbuildings or the fridge if you have space.

Wash tubers thoroughly and whizz them in a food processor to make a pulp. Then boil the pulp in a large pan, using a cooking thermometer to keep the temperature at approximately 103°C, to form a dark brown syrup.

Fresh tubers can just be washed – no need to peel them if they are just out of the ground - and sliced to eat raw as a snack, in salads or added to stir fries. It should be noted that the flesh will tend to discolour – like apples, so When using in salads, it’s best to toss it in lemon juice and add it just before dressing and serving.

Don’t throw away the foliage from your Yacon! A few fresh leaves from each plant can be cut during the summer and autumn, tied together and left to dry naturally in the kitchen or airing cupboard. Once dry, crumble them into boiling water to make a delicious ‘green tea’.

Yacon can also be roasted along with other root vegetables, tossed in olive oil, sprinkled with sprigs of rosemary or simply steamed.

Iv personally grown these for years and have found a few random tips that may help others.

Do not grow near Borage, Yacon plants are not a fan and grow small when planted next to borage plants.

Allow space to grow - one year these were planted next to artichokes, they were outgrown and didn't grow to their full potential

Lift after 1st frost - although the tubers will keep for a while through winter the best quality tubers are found straight after the first frost. Lift too early and they are not as sweet, lift too late and the creatures tuck in.

If making syrup, its lovely but keep it cold. It ferments easily!