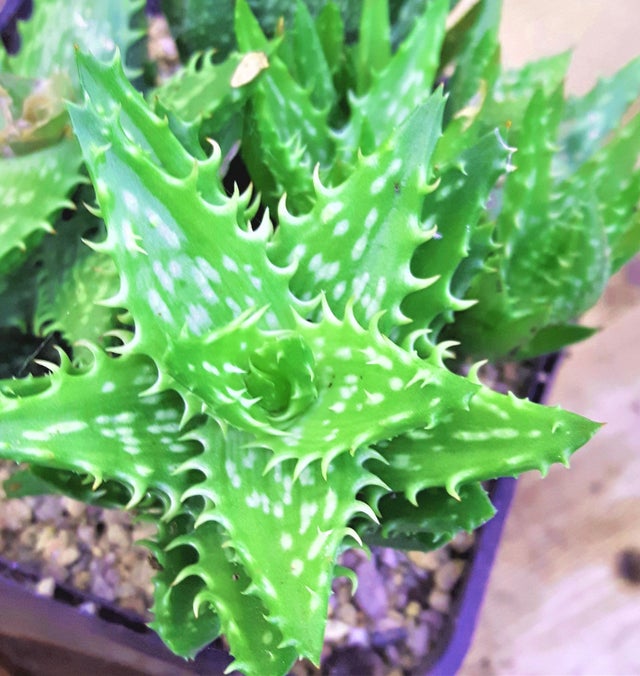 Aloe's come in many forms, this is just one of the many that we have available, Some of which are regularly on offer, others are rarer and slower to multiple so pop up from time to time as limited number specials. Do ask asbout these.

Aloes are most commonly known for Aloe vera and its cosmetic/skincare uses as well as more recently its use in drinks and cuisine. The genus is such a large one that many are less well known but fantastically attractive and somewhat addictive.

Aloes have evolved to tolerate high light levels and minimal water conditions as well as cold nights (when kept dry). There also resistant to the majority of pests so they are extremely low maintenance.

Doesnt need potting often as these are happy slightly pot bound. When potting use a 50/50 potting grit to compost mix.

This specific aloe is a very rugged plant with small compact rosettes of speckled spiky leaves. Rosette forming with plantlets growing off the sides eventually creating a large mounding clump.

A favourite aloe of ours for its reliability. We have been growing this species for at least 20 years. Typically grown as a houseplant in the uk can be grown outside in the right climates.